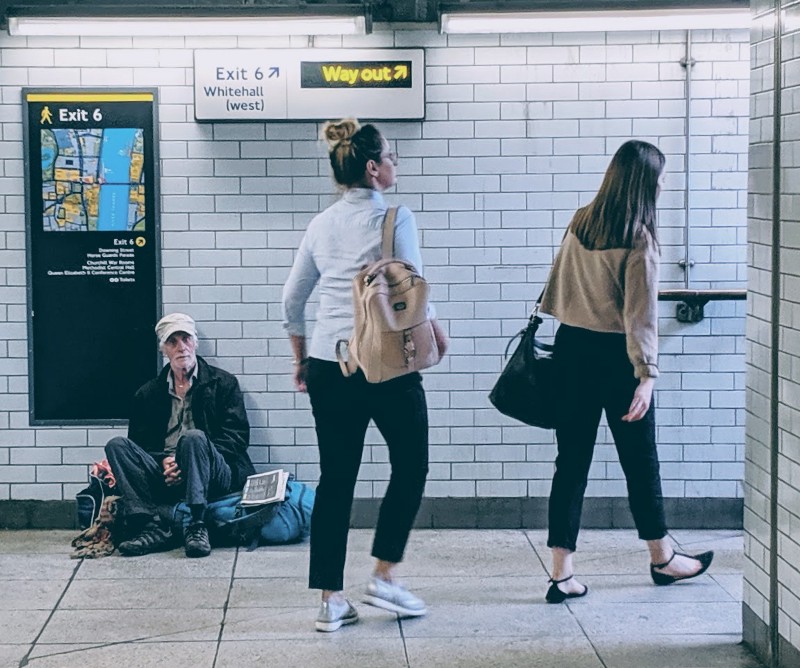 Left on the step, flanked by two bin bags of gathered clothes
waiting for the door to open, his eyes on the street:
boys in ripped white vests, dusty trousers, playing with bricks

stolen from a site for houses never to be built;
speaking a tongue he doesn’t understand & playing games
he’s not invited to play. Rest their eyes on his toys,

new shoes, freshly cut and washed hair. Who is envious
and superior? The doors flung open, a young wife
with a disappointed look, her lips curled to mark the time

until her own child arrives; claim a true mother’s throne.
Who wants to wash the shit off another woman’s child?
Who wants to play as second to a three year-old son

whose own mother leaves him on the step, with just two bin bags
of second-hand clothes. The stepmother’s not without pity
and the child’s not wholly filled with rage. Only longing.